Dreamtime Live, and Beyond. 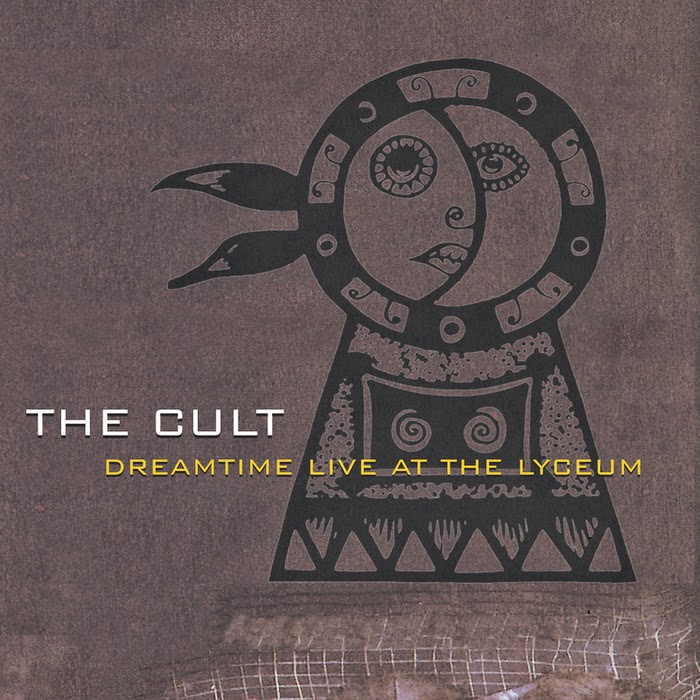 Dreamtime, Live at the Lyceum… and beyond.

The Dreamtime tour began at the Tower Ballroom in Hull on Thursday 3rd of May 1984. I remember it well because it was my 17th Birthday. I had seen SDC at Hull Dingwalls just over a year earlier, not long before they split, and in the intervening year or so, I had avidly collected anything SDC and Death Cult.

A couple of weeks prior to the Hull gig, I had walked into my local alternative clothing store and seen the awesome poster for The Cult at The Tower Ballroom. I asked the shop guy if he would save it for me once the gig was past, but he went one better and produced another one from behind the desk and gave it to me. That poster adorned the wall of every flat and bedsit I lived in for the next few years, until its edges were so frayed and torn it simply wouldn't survive another move.

And so to Dreamtime. The opening gig of that tour was an epiphany in my own musical journey. The Cult were now the real deal. A punk rock driven Sergio Leone inspired sledgehammer. After the Hull gig, I ended up swapping my buffalo dollar neck pendant with Ian for his stage t-shirt and as I went home I resolved to make at least one more gig on the tour.

Three weeks later I’d managed to get £50 together for a weekend in London to see that last night at the Lyceum. However, the night before we were due to catch the National Express down south, I lost my wallet in a bar. Rather than miss the gig I borrowed a tenner for my girlfriend and set off to London the next morning with about nine quid in my pocket. The ticket price was £4.00 on the door so if we walked from Victoria Coach Station to the Strand and back again, I had enough for a ticket, ten smokes, and a couple of bags of chips.

The opening track was 83rd Dream. Four crows nailed to a wooded post, bleed upon a barren field. Ian walked out resplendent in his red soldier’s jacket; blond and black hair, and carrying a bottle of Blue Nun.

It was a shamanic site. Back then Billy looked much as he did in Theatre of Hate. Low slung White Falcon, slicked back black hair and as cool as yer like. If I remember correctly, the second track was The Gimmick; a much under rated Cult track, backing vocals supplied by BD’s then girlfriend.

What stood out about this show, apart from obviously the awesome gig, was the camaraderie of the crowd and their empathy with the band. Back in the early/mid eighties, bands had crews, just like the top boys involved with football fans. An elite of die hards who nailed their colours to a band and were fiercely loyal and protective of their band. When we had arrived outside the gig at around 4pm The Cult’s crew were easy to spot. A ramshackle bunch of crimped haired sub Goths and bleached flat tops, dragging kit bags and sleeping bags. I got chatting to one whilst blagging a light; an Asian kid called Riaz whom we immediately re-christened Rizla. (He is still my friend today)

Other Cult posse members included Mary Biker, a year or two prior to becoming a name himself as the front man of Gaye Bikers on Acid.

As the gig ended and the crowd were finally heading to the exits, sweat soaked and elated, Ian Astbury suddenly strolled out once more and said, ‘Fuck the house lights off.’ And BD suddenly kicked in the Southern Death Cult track, Moya. The foyer of the Lyceum suddenly reversed and came spilling back into the auditorium. It can only be described as a life affirming gig.

Myself and my girlfriend had a pretty unenviable night ahead of us. Our coach home was not until 9 am and we didn't have a pot to piss in, never mind a window to throw it out of. We hung around in the relative warmth of the venue until someone threw us out. As the lights began to be turned off, Ian Astbury suddenly appeared on the main floor, wine in hand, and his usual broad smiley grin. He was wearing my dollar coin Buffalo neck chain and I was wearing his t-shirt from the first gig of the tour. We had a quick chat and I remember his beaming face as he told us that The Cult were about to do their first shows in America. 21 feeling like 21 sometimes.

After buying a Wendy’s burger and eating the whole of the free salad cart, we returned to Victoria and tried to find somewhere to sleep for a while. It was pretty hellish to be honest. We finally spotted a huge wicker basket and climbed into it, using a One The Juggler poster as a duvet, until our basket bedroom suddenly began to move and we found ourselves in a chain of baskets being towed towards the Glasgow mail train.

As we sat disheveled and hungry on the 5 hour journey home, I resolved to see this band whenever I could possibly see them. Four months later, The Cult put out Go West and I packed my kit bag to do every night of the tour. For the next couple of years, I became part of The Cult posse. Names that Billy will remember I am sure; Vicky Negri, Louise Lander from the best fanzine ever, The day the Raygun Cometh, Welshman (He of the chant of ‘We can see the Welshman!’ audible on Dreamtime Live at the Lyceum), Ross the mad Scotsman, Jakey Bear, who went on to manage All About Eve, Rizla, Andy Cardiff, and all the others too numerous to mention.

Over the next few tours, it became a family. Billy, Ian and Jaime did their best to help us all out; their support bands like Balaam and The Angel would let us travel in their bus. Frenchy, The Cults chief roadie would sneak us all in the stage door,Graham Lee’s their sound man would encourage us to partake in is special tobacco, and Ian’s brother, Brian would terrorize everyone like some Scottish version of John Belushi.

The Go West Tour was followed by the Resurrection Joe tour, where the band often let us come in for the sound check to get out of the rain and cold. I remember The Cult sound checking with a song called The Backbone Song. They didn't have it finished at the time and would all gradually drop out as they ran out of written parts. A year later it became She Sells Sanctuary.

Dreamtime Live at the Lyceum was The Cult’s Rumble in the Jungle. It was the moment they stepped up above their contemporaries and declared their intention to become truly great. Until Sunday May 20th 1984, they had simply been charismatic contenders among a plethora of cool bands who had the tunes and the swagger to compete. However, that gig, that day, changed it all. Dreamtime at the Lyceum turned an audience into an army and left their contemporaries of the day, punch drunk and looking for the towel to be thrown into the ring.

A year later we had all seen over 80 shows, slept on 70 different floors and in 10 bus stations. Vicki and Louise reconvened the posse at Leeds University Union to witness the birth of the new album LOVE. If Dreamtime at the Lyceum was the coming of age and statement of intent, The LOVE tour was the sublime performances of a band completely on top of their game. 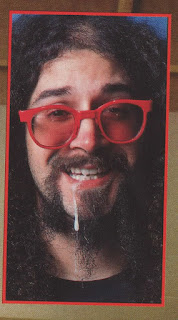 Big Sick Jim Martin, and the £1500 Curry. Faith No More's Guitarist tries to help out.

From its humble beginnings, The Real Thing album had now become a monster. 18 months ago Faith No More were still relatively unknown in Europe. Original singer, Chuck Mosley, had imploded after impact with a giant crack rock, and even the small band of diehard fans, who had chanced across the band’s debut album, (We Care A Lot) were unsure of his replacement, Mike Patton.
They need not have worried. Debut single, Out of Nowhere, had launched Patton on the world; Epic had followed it up on a global scale, and 18 months down the line, The Real Thing has sold by the truck load. A year ago Faith No More were sharing a cramped mini bus with their road crew but right now their two giant sleeper buses are pulling in to a service station en-route from London to Birmingham.
FNM’s guitarist, Big Sick Jim Martin, looks up from his copy of Massive Tits Monthly through a wall of cigar smoke, and inquires as to w… 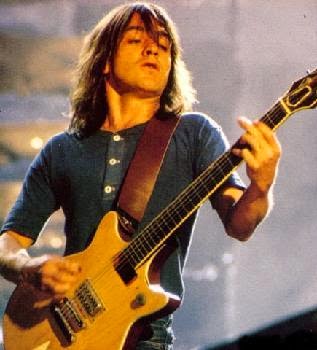 The End of the Highway to Hell. How I Gave Away Angus Young's Guitar by Mistake.

AC/DC. The End of the Highway to Hell.


Sad news circulating today that the mighty AC/DC have been forced to call it a day due to rhythm guitarist, Malcolm Young being the victim of a stroke.
After the death of Bon Scot in 1980, DC regrouped and did what few bands are ever able to do. They came back with a new front man and continued to garner the love and respect of their fan base. The last thirty four years has seen them become a global rock colossus, whilst still maintaining the memory and legend of the Bonny Scot. It is a pretty unique feat.
However, the condition of Malcolm Young seems to have prompted the band to follow in the foot steps of Led Zepplin, when John Bonham died, and accept that some band members are just not replaceable. I saw AC/DC several times but never met any of them, either professionally or socially, but in the most bizarre of circumstances, Angus and Malcolm Young once sent me a guitar which I then accidentally gave away. How the hell do you do that?
At the t… 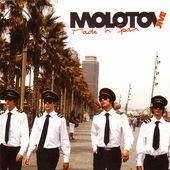 Making Soup From a Bag of Screws. Video Production on a Budget.

Making Soup from a Bag of Screws.
Video Production on a Budget
The job involved producing a music video, commissioned by Bonnieramigo Records-Stockholm, for the band Molotov Jive.


·Background: In 2006, the ground was just about to fall out from under the music industry. The spectre of massive file sharing meant that revenues were about to be hit hard, and labels were already tightening their belts in regard to promotional spending. Where once, you might expect a budget of $50’000 for the video of a labels new flag ship artist; now you might be lucky with a few thousand at best. Such was the case here. My budget for this shoot was 40’000 Swedish Kronor. ($ 6071 in today’s Aussie money)
·The Start Point. As the producer, the first job was to assess the song and create a visual treatment for the video clip. As it was the band’s first real video, I thought it was important to do more of a performance video than some elaborate story led clip. This was the band’s ‘big hello’ so I wanted the aud…